At the Heart of it !

The tournaments objectives are to:

This pickleball tournament will consist of 2 sessions (morning and afternoon).

The morning session will feature teams created from departments dedicated to the care of cardiac patients within the Penticton General Hospital. This tournament is a FUN (NO EXPERIENCE NEEDED) introductory Pickleball Tournament.

Each team will consist of 5 players formed from the departments listed below:

8:30 am - Each team of 5 players will be assigned a coach and provided with 1.0-1.5 hours of introductory instruction at the Penticton pickleball courts located at seniors drop-in centre.

10:00 am - Each player will be evaluated and then placed into a group of their same ability. Each group will play a fun round-robin mini-tournament of 4 games to 11 points.

The individual player with the highest combined score after the four games will be the winner of that group.

The “Golden Paddle Trophy” will be presented to the team from department with the highest aggregate score of all the players within that department.

Awards will be presented during lunch after the Mini Tournament.

The afternoon session will be for survivors of a cardiac event. All skill levels of players are invited.

The format will be round robin play. Gary would like a minimum of 6 teams and will accommodate up to 10 teams. Top ranked players will be matched with lower ranked players. This will not be an exact science, but the aim will be to get fun, equally matched teams. Several 4.0 level players/survivors have already registered.

There will be medals for the top 3 teams as well as a bottle of wine donated by Ruby Tuesday Winery.

The entry fee is $65 which includes a nice shirt. Some players may wish to donate more, and a tax receipt is available.

If you would ike to participate or need more information, please contact Gary at 250-809-7076 (email gcgierlich@gmail.com). 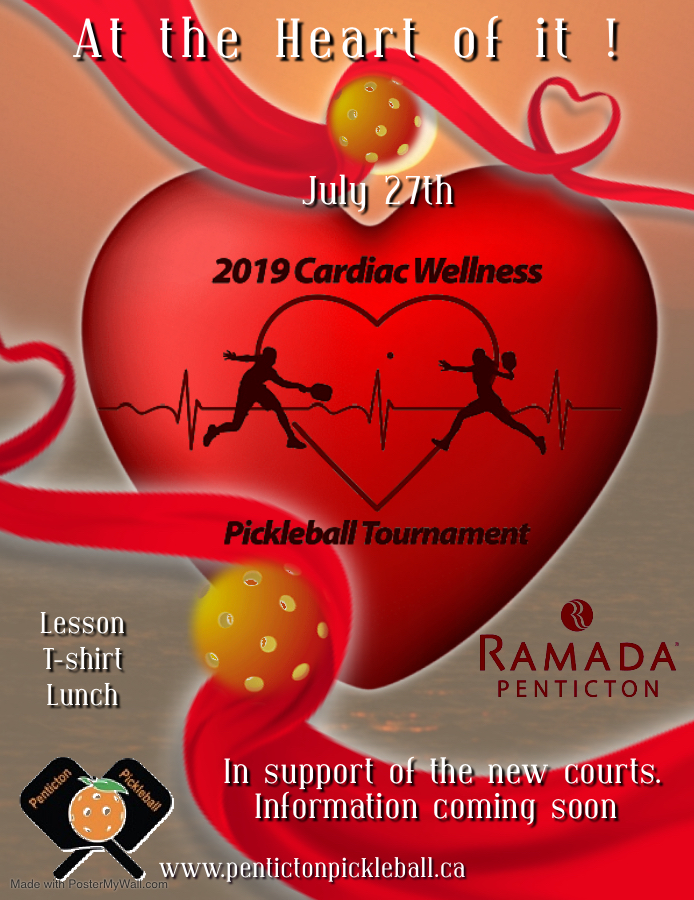 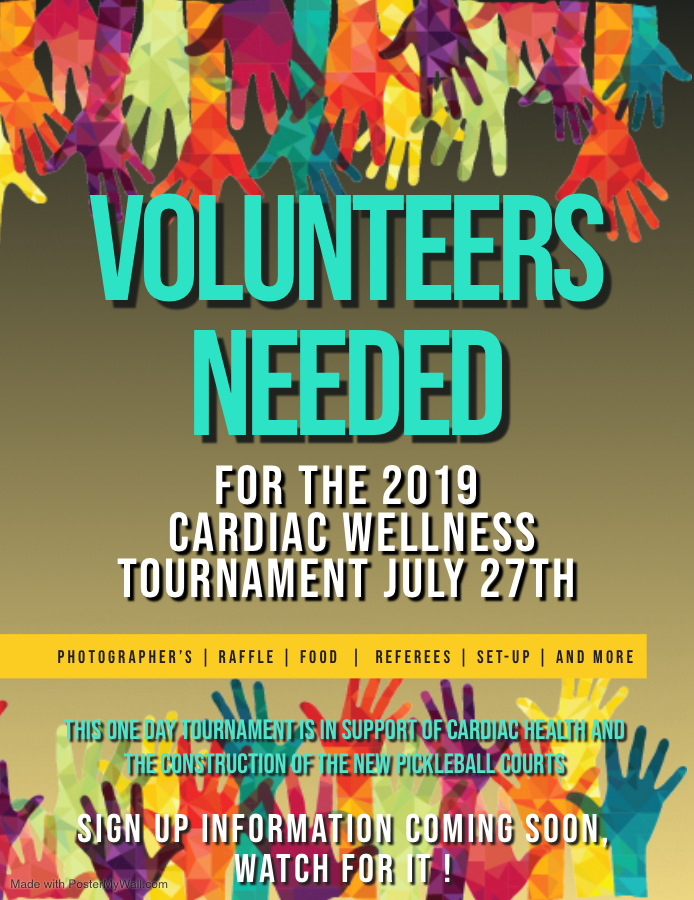 A GIANT THANK YOU TO ALL OF OUR